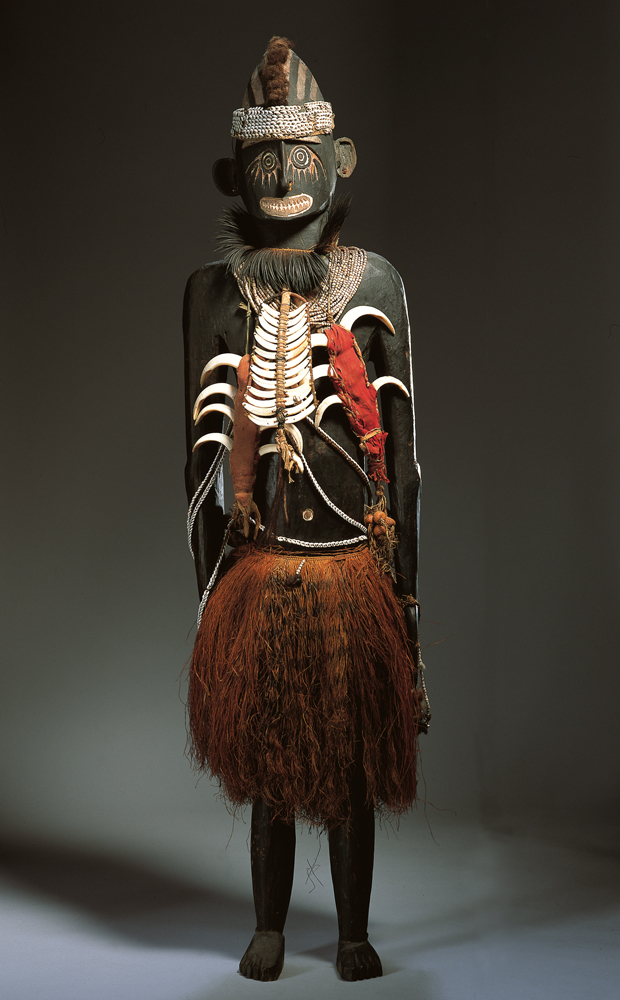 The Goddess Ukaipu, Elema people, Orokolo, Papuan Gulf, Papua New Guinea, Western Melanesia. This Elema sculpture from the Papuan Gulf was collected by a Cook Islander missionary named Henry Tuka, a pastor of the London Missionary Society based in Orokolo. Tuka acquired a pair of statues, one male and one female, from the chief of Orokolo when he converted him to Christianity, and sent them to the Rev. J.J.K. Hutchin, his superior based on Rarotonga in the Cook Islands. When Hutchin retired and returned home to his native Catford, he sold this female statue to the Horniman Museum in 1903. Hutchin sold the male figure to the Hastings Museum in Kent at the same time. These were the ancestral deities of Orokolo, the first Elema man Ivo and his wife Ukaipu. Ukaipu is the ultimate female ancestor of all Elema people. In the Elema myth explaining the origins of humanity, Ivo was created first, and then, feeling lonely, he dreamed about a woman coming out from inside the Wild Ginger plant. For two nights, Ivo dreamed the same dream and woke to find nothing, but after the third night, he woke to find his wife, and the mother of all the Elema, Ukaipu. The skirt was added by the missionaries to hide the goddess’s genitals. As pieces of Papuan Gulf art, these objects are quite unique. Wood, pigment, vegetable fibre. Mid 19th-Century. Formerly in the private collection of the Rev. J.J.K. Hutchin.