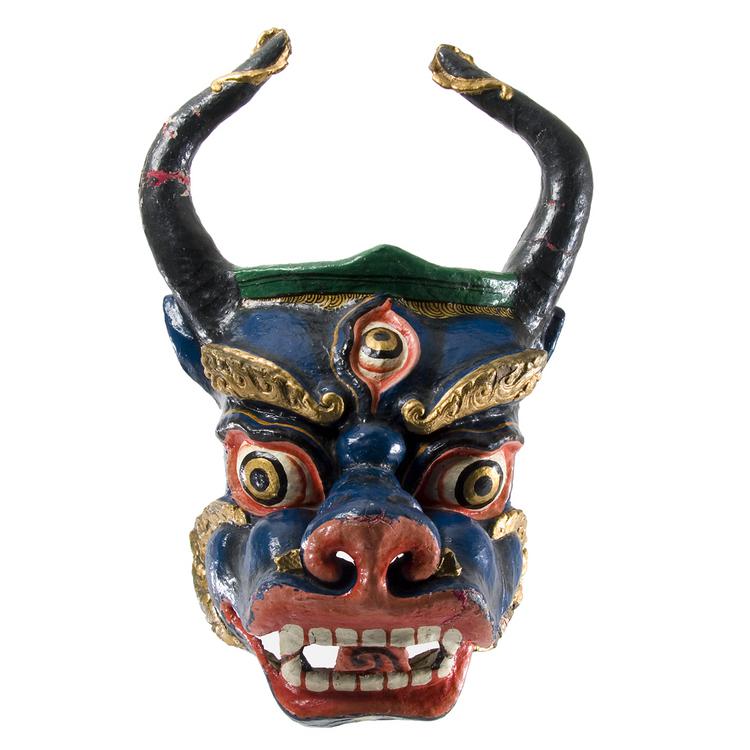 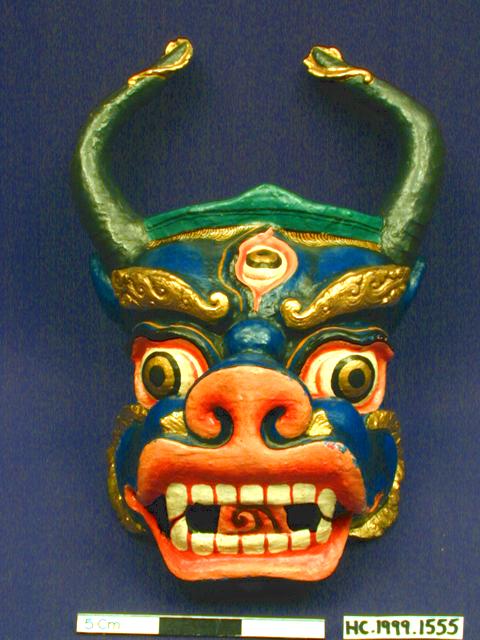 This is a Tibetan Cham Buddhist temple dance mask. Several of the dances performed by the monks included animal masks, like this one, and probably date back to the pre-Buddhist shamanistic religion, Bon. Masks with horns often represent Yama, Lord of the Dead. How is it used? The dancers wear richly coloured costumes of Chinese silk and are accompanied by a monastic orchestra. Often the dances are performed at the end of temple festivals to drive away any remaining bad spirits. Yama or buffalo mask characters appear with a lasso for catching souls in one hand and a skeleton-shaped scepter in the other. His arrival at the head of the dance procession usually signify the end of the ritual. In some peformances he acts as an executioner type character. Who is it used by and why them? This Cham mask is traditionally worn by Tibetan Buddhist monks who perform in the courtyards of the monastery for the spiritual benefit of its lay community. In Cham the monk dancers are considered to temporarily embody (become) the spiritual being or enlightened person the mask represents and gain some of their spiritual power too. Cham dances are thought to originate in the dreams or meditation of famous Tibetan holy men (Lamas). The choreography of new dances is recorded in dance manuals called cham-yig or passed on from monk to monk by oral tradition and through a long line of Lamas who are dance masters. The dances have also been adapted by touring dance companies and are also performed by non monks as a tourist spectacle in Tibet, China and the West.